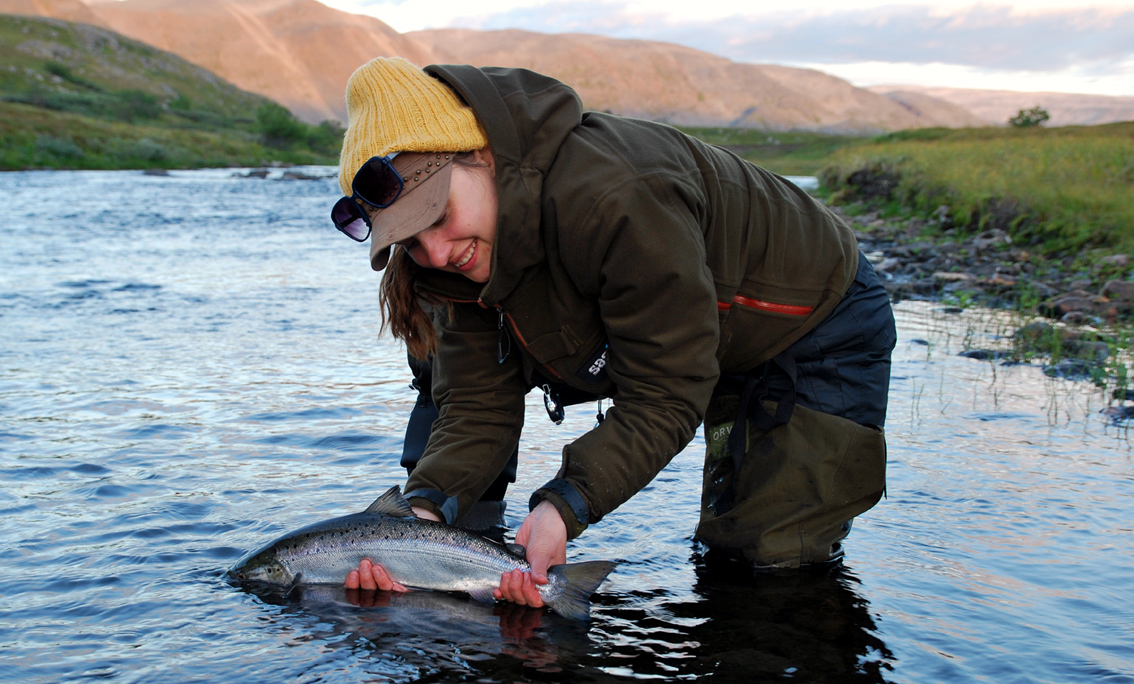 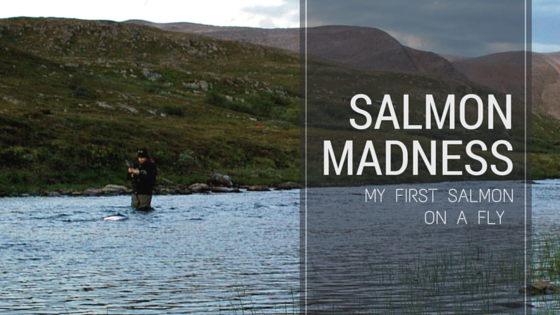 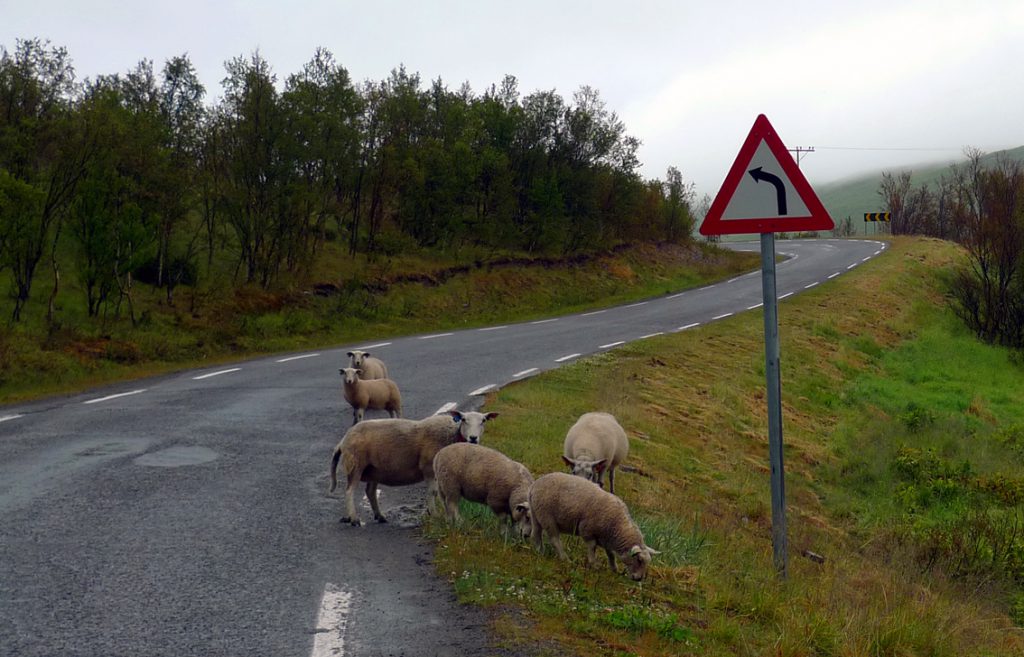 After the last eight years heading always to the fishing groungs in the North Sweden. This year we headed to North Norway.

This was quite nostalgic trip for me, since last time I was here 17 years ago. I caught a sea run arctic char on that trip. This time, how ever, I was focusing on salmon. 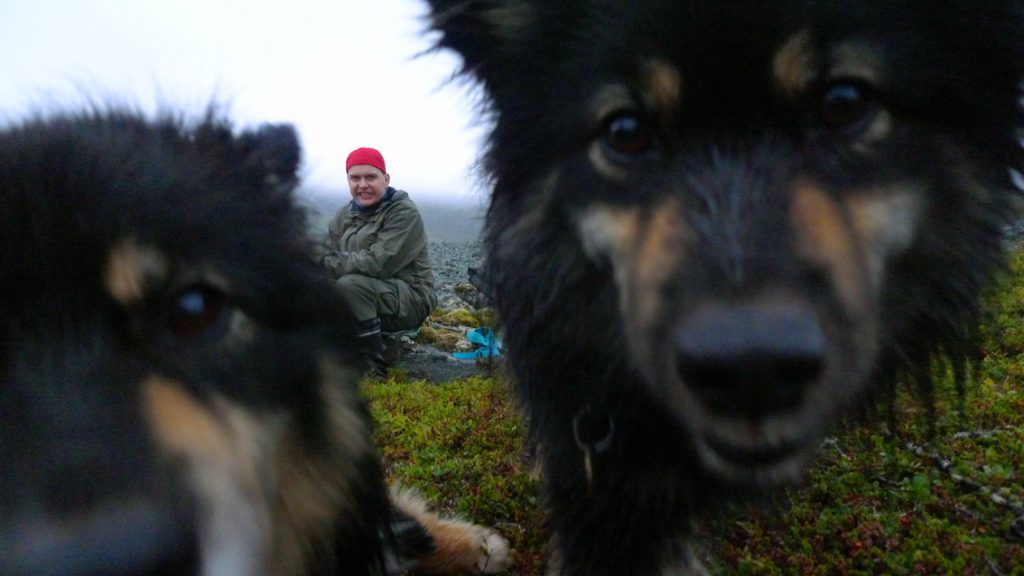 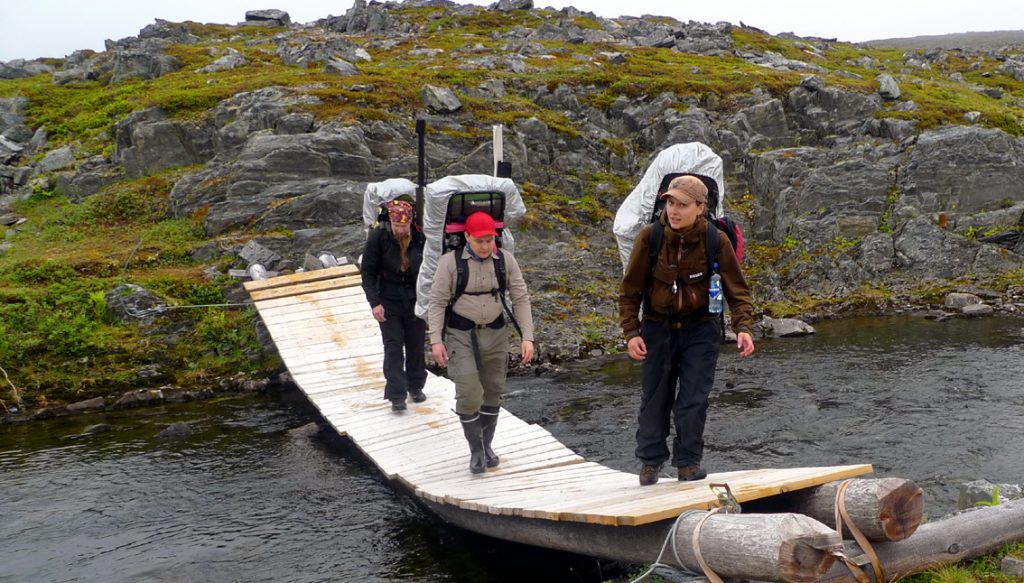 Not a walk in a park… much better.

After a pretty rough two day hike in the mountains, we got to the fishing. I saw plenty of fish jumping in the river. It was so nerve wracking seeing the fish and trying all the possible and impossible flies, and not getting any reaction from the salmon. Other than them just happily jumping and making us mad.

I watched one seasoned Norwegian guy fishing one pool furiously like a Zorro with his rod swishing in the arctic wind. You could see he had done that at least million times before, and even he didn’t catch anything. 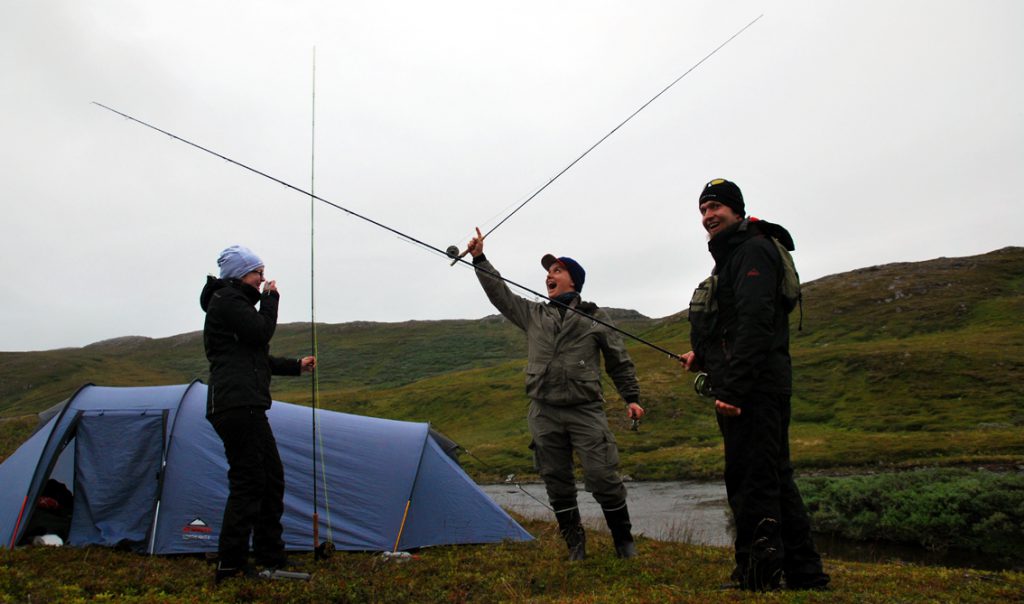 Flyfishing for salmon is new for me. I have been twice in Iceland for salmon fishing, but didn’t catch one myself.

A year ago I did catch a crazy 10K salmon with a spinning rod when I was not prepared for that. I do pride myself of catching fish by an accident, and that was the accident of a life time.

So after those introductions to salmon fishing, this was my first trip to actually catch a salmon on a fly. And casting from the shore. Although this fishing tale lacks a bit of the accidental aspect, since the fishing got somewhat intense by the last night when I still hadn’t caught any salmon and others had. So I had to put aside the approach of catching a fish by accident. I have to admit that I was casting like a mad-lady by the end of the trip with a salmon fixed on my mind.

Finally on the last evening, he bite my fly! 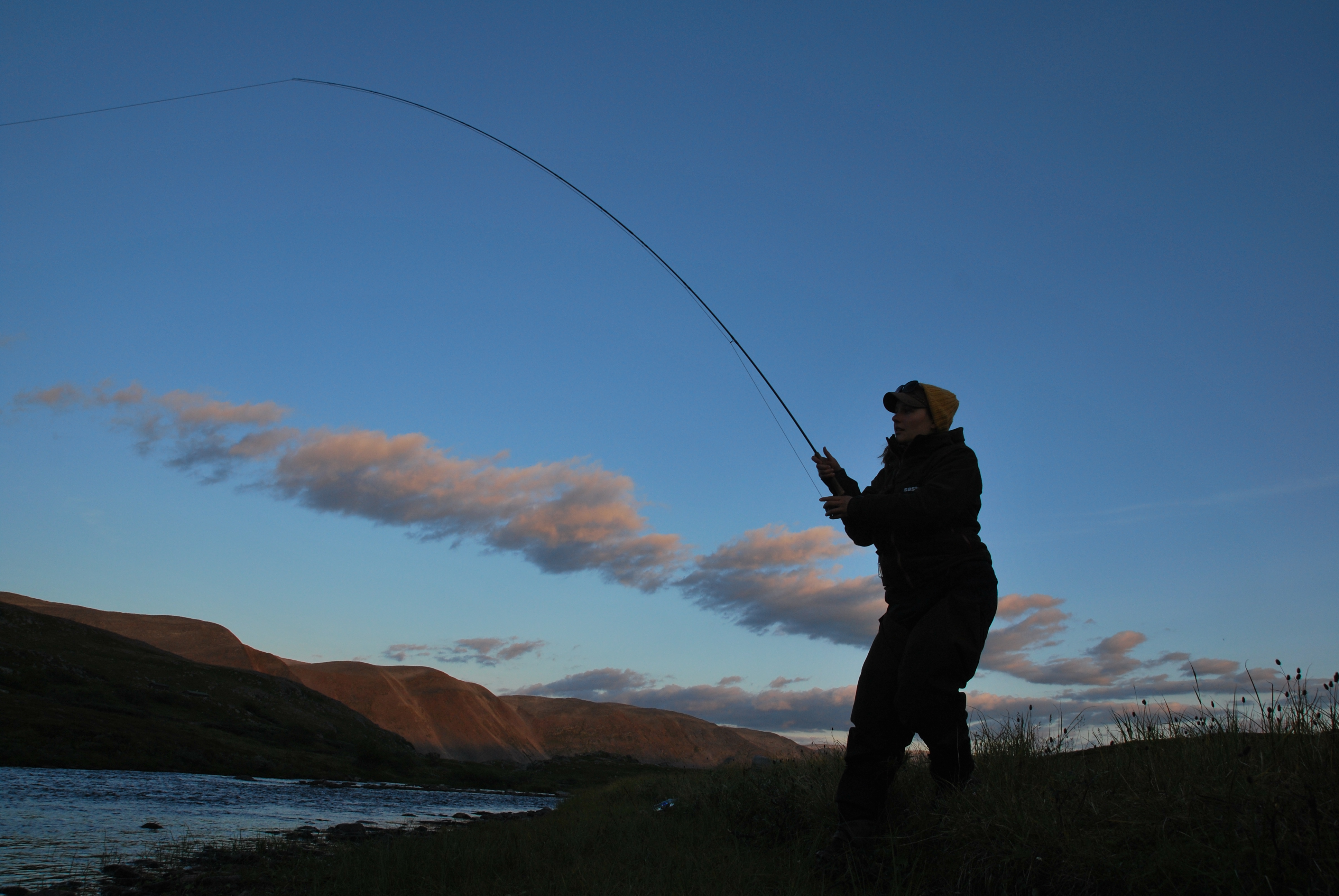 As usual, I was screaming and the fish was jumping. And man, was he swimming. From the other end of the pool towards me and back. Amazing experience. 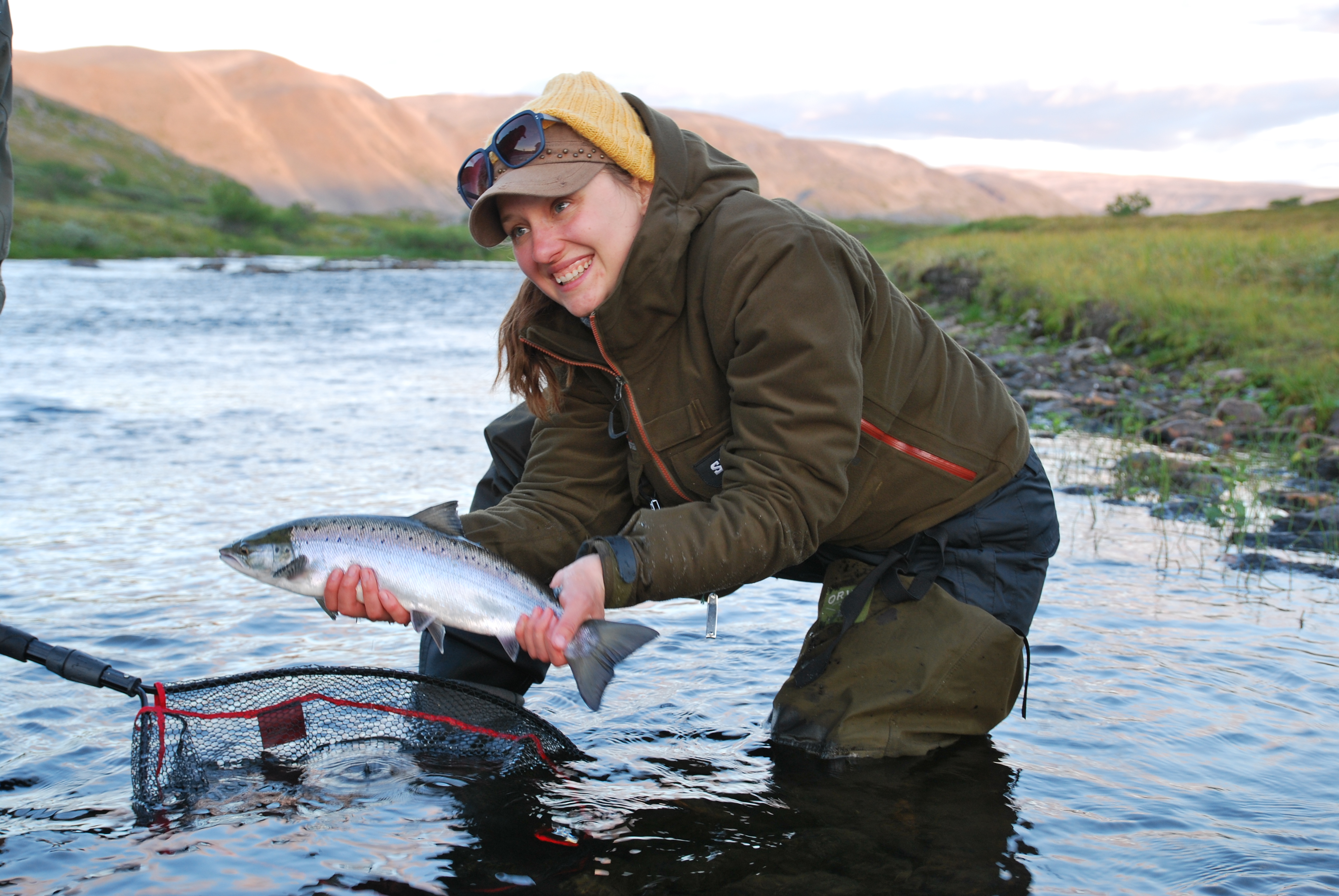 These fish are dangerous. Even-though I’m not ready to admit it, but I think I’m just slightly hooked on salmon fishing. 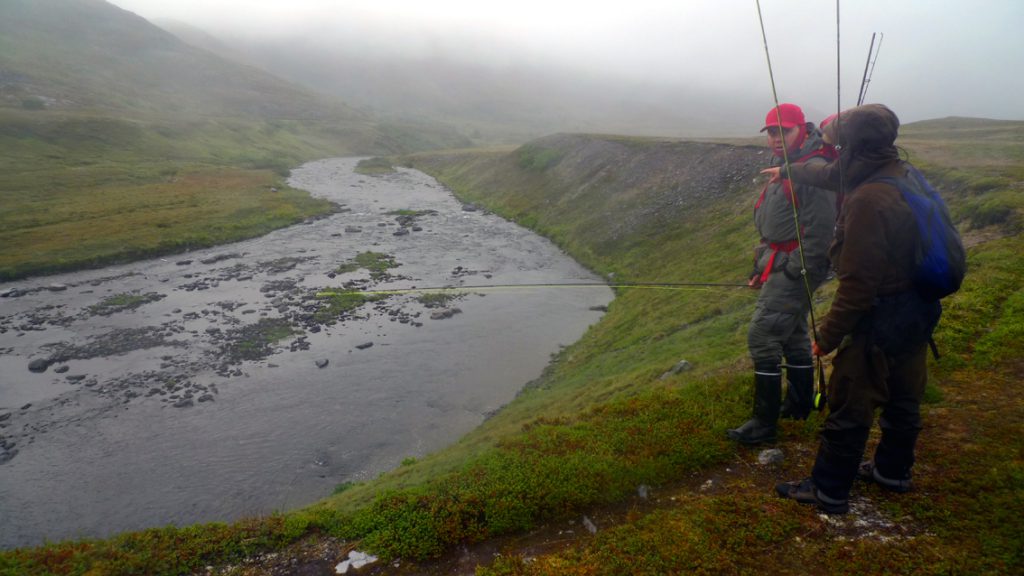 The weather was pretty bad most of the time. If it wasn’t raining it was so foggy that all of our gear were soggy all the time.

It took 2720 kilometers and two weeks of fishing, for me to catch my first ever salmon on a fly. Totally worth it =)

PS. Just thought to mention, that in the first pic (cover picture), the salmon is not hooked and the angler is actually just changing his fly when the fish jumped two meters from him. That’s a pleasant way to get a heart attack.