It’s not about who kills the biggest fish 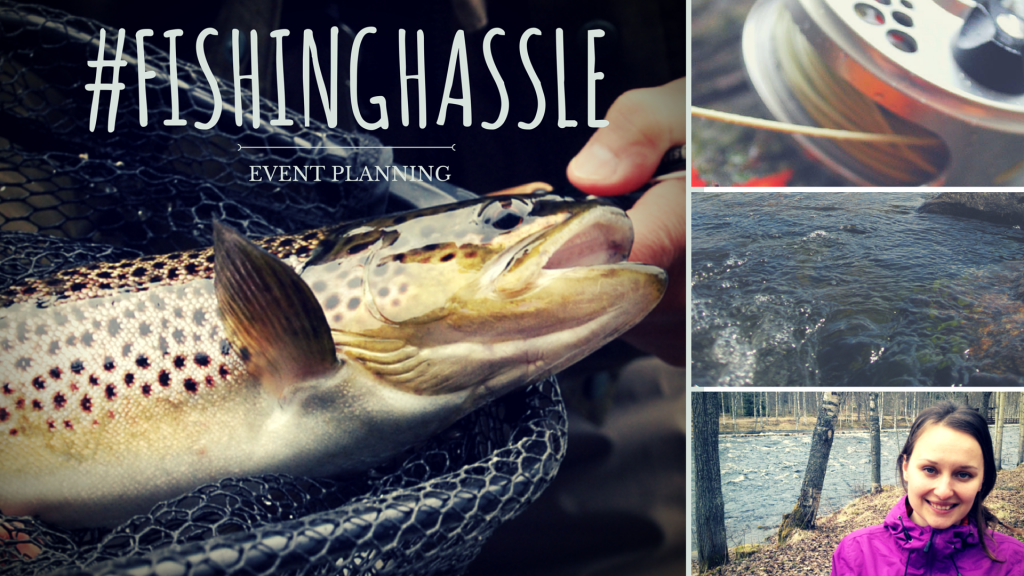 This week was all about planning an event called #KalaHässäkkä (that might translate into #FishingHassle, or something along those lines)

We are planning a new type of fishing event with the City of Kuhmo and the local water owners.

The whole thing started when I was asked to help out planning a fishing event from a female perspective. First I thought that maybe there is not that different perspective. But then talking with the organizers I heard their original idea which was fishing competition. And my first reaction was, who likes competitions? So perhaps my perspective is after all, not so traditional.

Well, after thinking about it a bit further, I can see that quite many like competitions. Even I actually like the idea that there is a fun event and you can even win something. Just the first idea of a ‘fishing competition’ was a turn-off for me.

So I started to think. If I got to plan out a fishing competition, what would it be like?

It would not be about who is the most talented in fishing, based on some pre-decided rules.

It would not be about who gets the biggest fish either.

What is left, is my favorite aspect of fishing. Which is: who has most fun while fishing!

How can you compete in that? If you are absolutely sure that you are the one who have had most fun, congratulations! Sounds like you had an awesome day!

And on the more practical aspect. We will combine the digital world to this. While fishing, the competitors post their fishing picture / catch picture / incident / story of the-one-that-got-away / a picture of a beautiful sun set / or whatever, on the event organizer’s page. And the one post that the audience (including anyone in the world) votes having the best vibes wins. So anyone can follow the event online, and vote for the ones they like.

I’ve never seen this done before. I’m fairly nervous how it will turn out. But more than nervous, I am excited.

The whole thing is about having fun. Not about who kills the biggest fish.

And since the whole thing is about having fun, I’m expecting a pretty fun event. Let’s see what happens in Kuhmo/ Finland on 6th of June 2015.

How it all turned out: It’s not about who kills the biggest fish – Part 2