It’s not about who kills the biggest fish – part 2 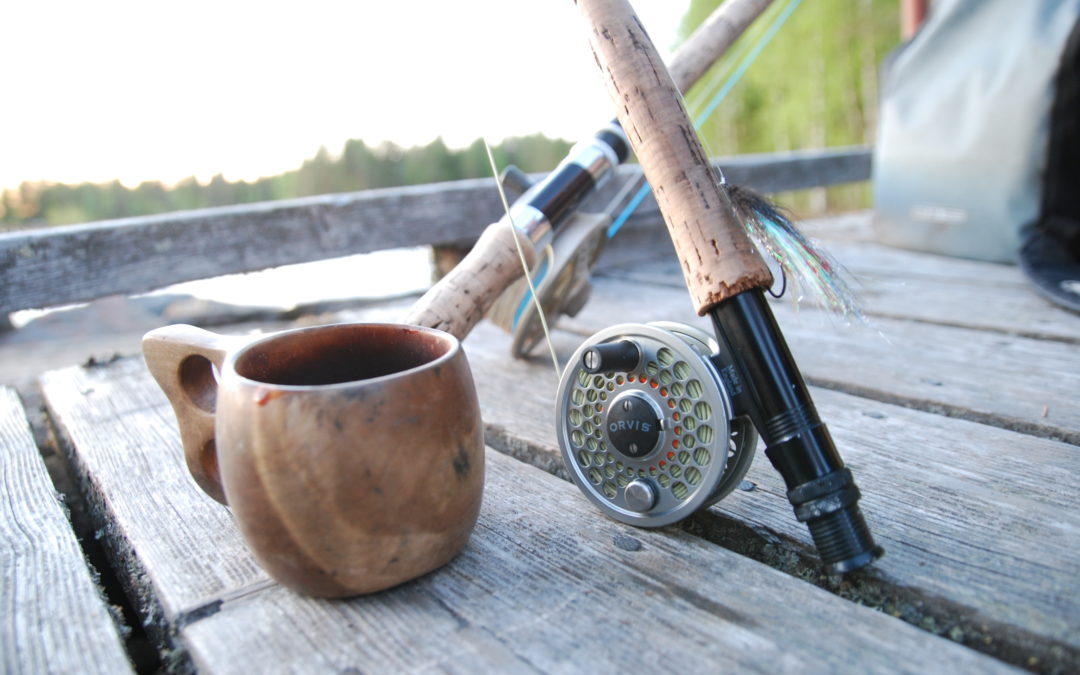 What do you get when you plan an event with a fishing competition which doesn’t require killing the fish or even anyone to catch any fish? You might just get a pretty fun day. That was the idea in #KalaHässäkkä event.

How to make sure your event is a total hassle?

Pre-event essentials include getting the crew really tired and making sure no-one has had a good night sleep before the event. If the ordinary running around and planning any event isn’t enough, add some extra challenge to the equation. For example good options could be fishing until 2 am on the night before. Or driving 600 km to the destination and finally arriving at 5 am on the morning. 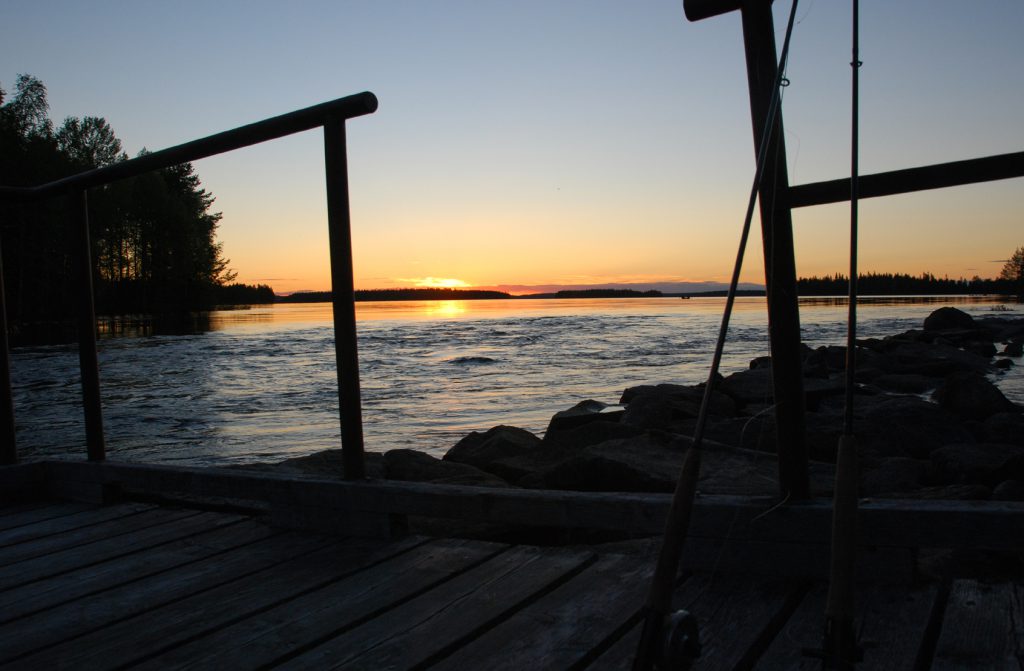 Sunset at Lentua river. At 11pm. 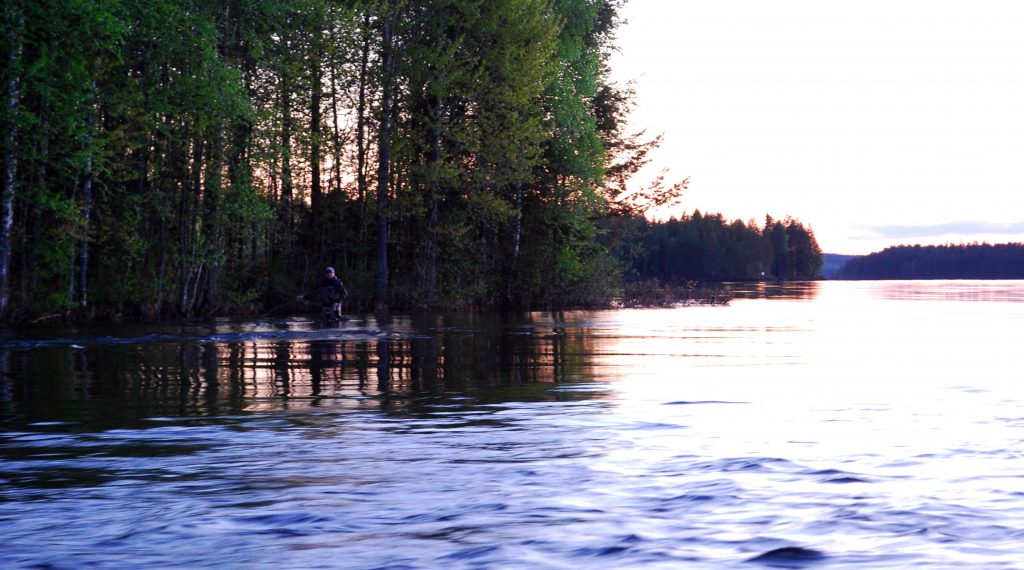 The light Finnish night in June. Quarter past midnight.

How does a digital fishing competition run?

The fishing took place in Pajakkakoski rapids and Saarikoski rapids in Kuhmo Finland. The organizers were the City of Kuhmo and the local flyfishing club Kuhmon Perhokalastajat.

The basic idea of the KalaHässäkkä (a.k.a. Fishing Hassle) was that all the competitors fish according to the normal fishing regulations. Which allows you to take 1 trout as a catch. But the competition itself doesn’t require you to even catch anything.

The main point was having fun while fishing and letting it show. Letting it show so much that when you post a picture or a video live to the competition with your smart phone, others will get to your good mood as well. Anyone can follow the event live as the new posts are published from two nearby rivers. And anyone can like the posts which they.. well.. like.

One of the best competition posts in my opinion. The look on her face is just so real. From total bliss and joy to instant letdown. This is fishing!

So how did it turn out?

The first really awesome part was that we had plenty of ladies attending. The second great part was that there were really fun pictures. Some more traditional, some not so much. Also the variety of the catch was interesting to see. 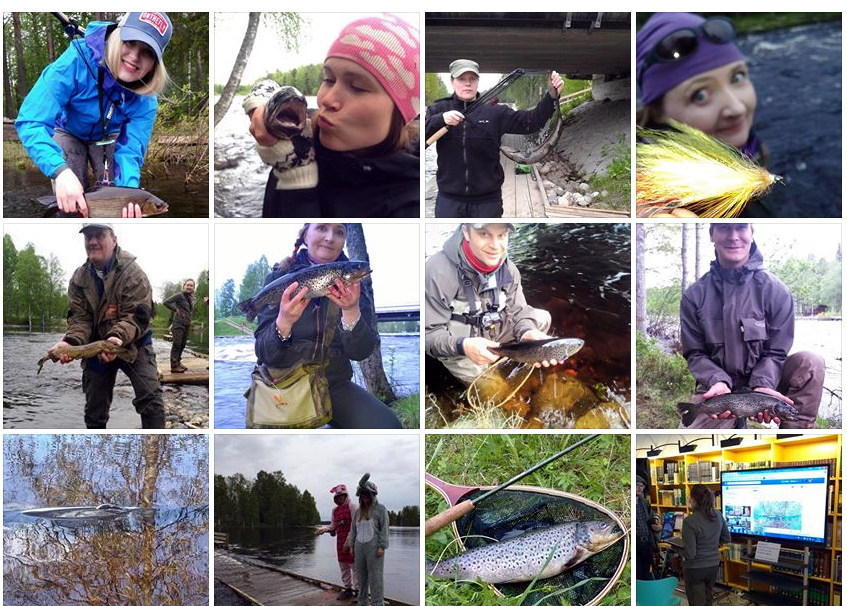 During the event there were also few speakers.

Jasper Pääkkönen, a Finnish actor and enthusiastic flyfisherman gave an intense speech for sustainable fishing and what opportunities Kuhmo could have as a “trout paradise in Nothern Europe” with the right kind of decision making and aligned work to enable the natural spawning and growth for wild trout. Kuhmo has over 100 rapids and huge lakes in the area so there is better potential than maybe anywhere in Finland. 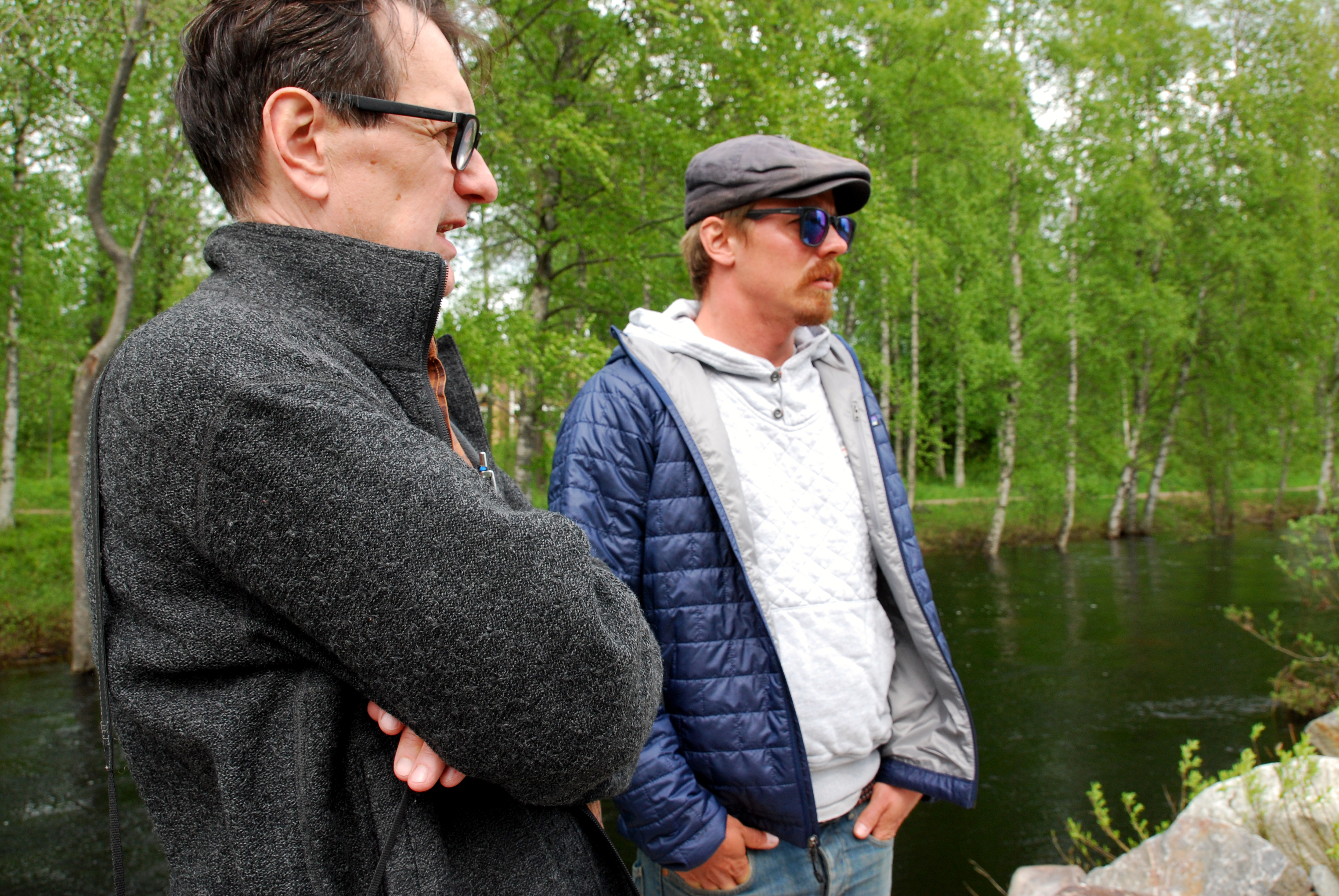 After the “big-name key note” I had my own speech on a topic “Women like flyfishing”. I was talking about my hulahula-flyfishing attitude which means that things must be first and foremost fun, that you should not get stuck on what you don’t know and that the entry level to flyfishing doesn’t have to be that high.

It was so nice to hear the feedback especially after being nervous of speaking for an audience. One of the ladies said that she wasn’t gonna attend to the competition but my message of  “Act now – don’t wait until you’re better or you have more time or conditions are perfect – if you dream of something, act now” convinced her to grab the opportunity and attend. 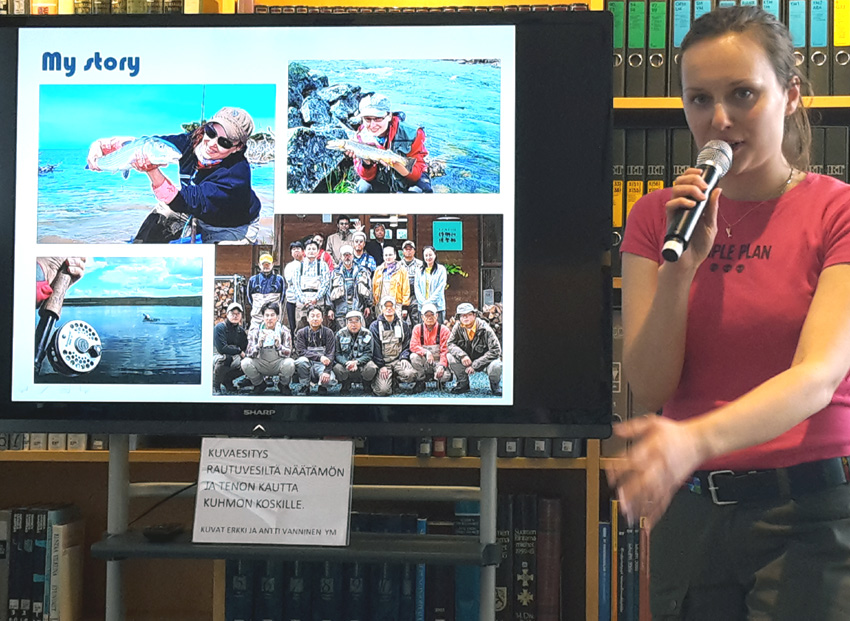 My topic was Women like flyfishing. (Photo Kaisa Merilahti)

Besides the #Kalahässäkkä fishing competition and the speeches there were tips for preparing your catch, possibility to test out fishing equipment from Vision and Ruoto.fi, trolling competition with a rowboat as well as flyfishing class for youngsters on the second day. 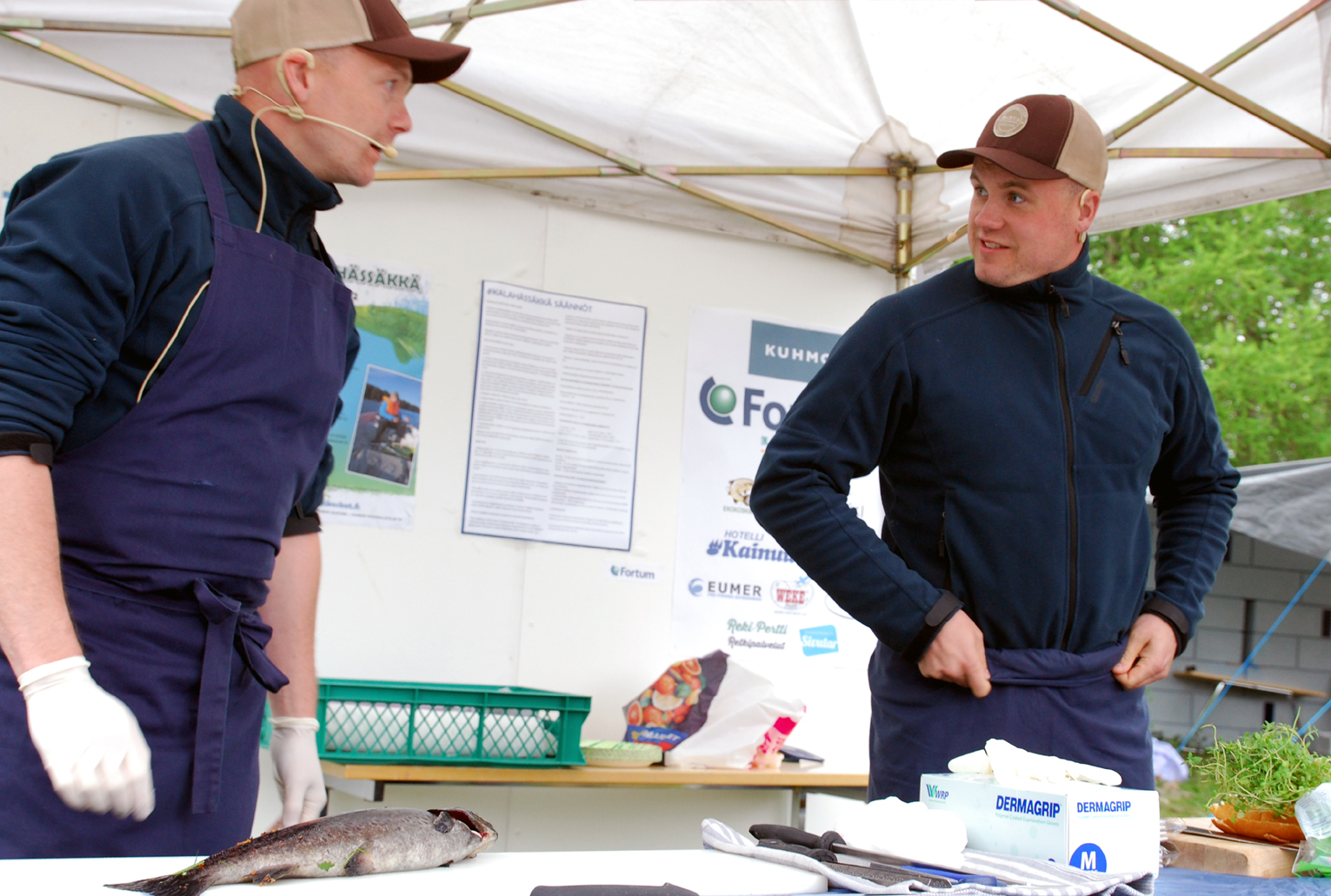 Tips for preparing your catch. I especially liked the “how to gat rid of the Y-bone from pike”… looked really easy. 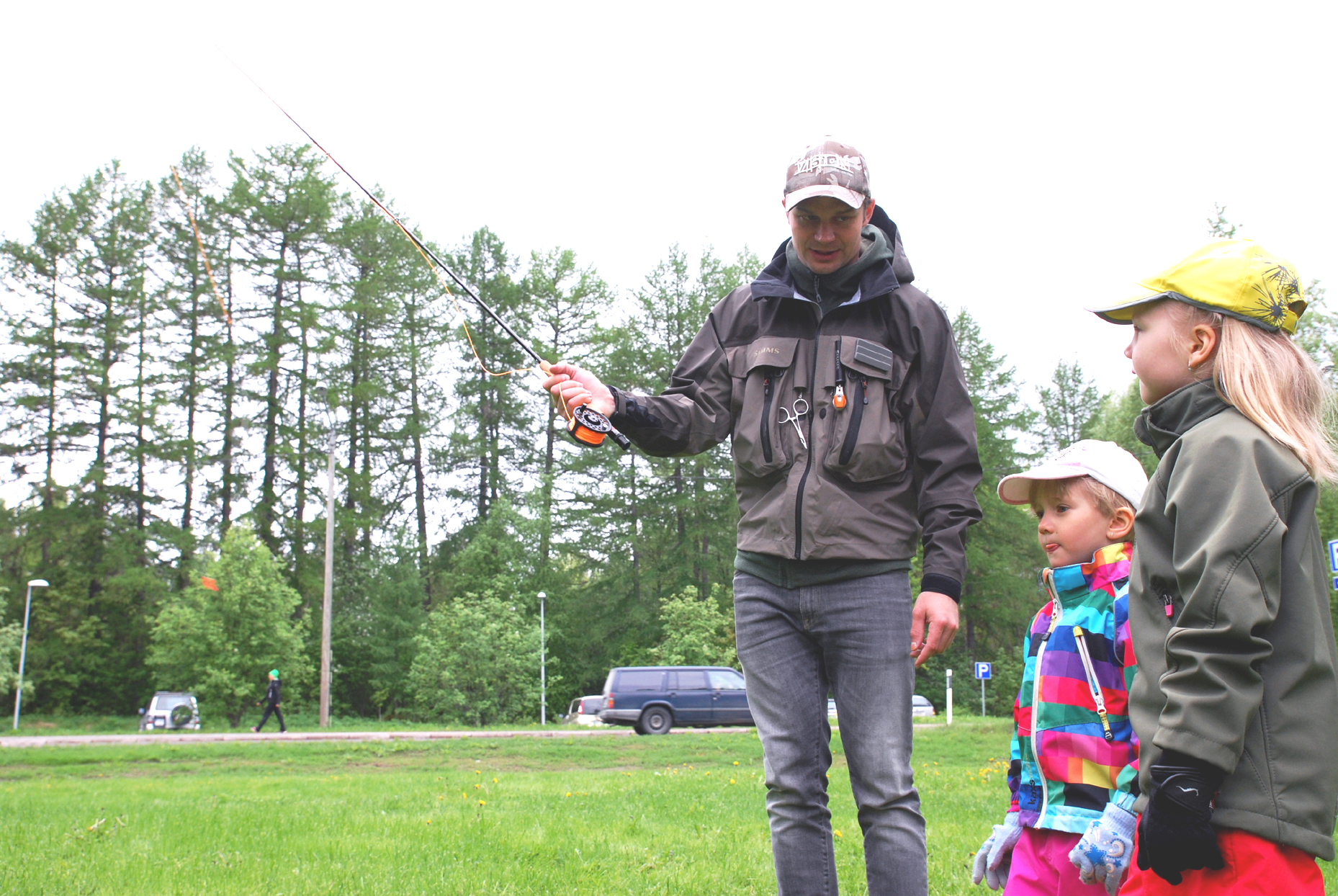 Janne Pesonen (IceHockey wordl champion from 2011) teaches the next generation of flyfisher-ladies. 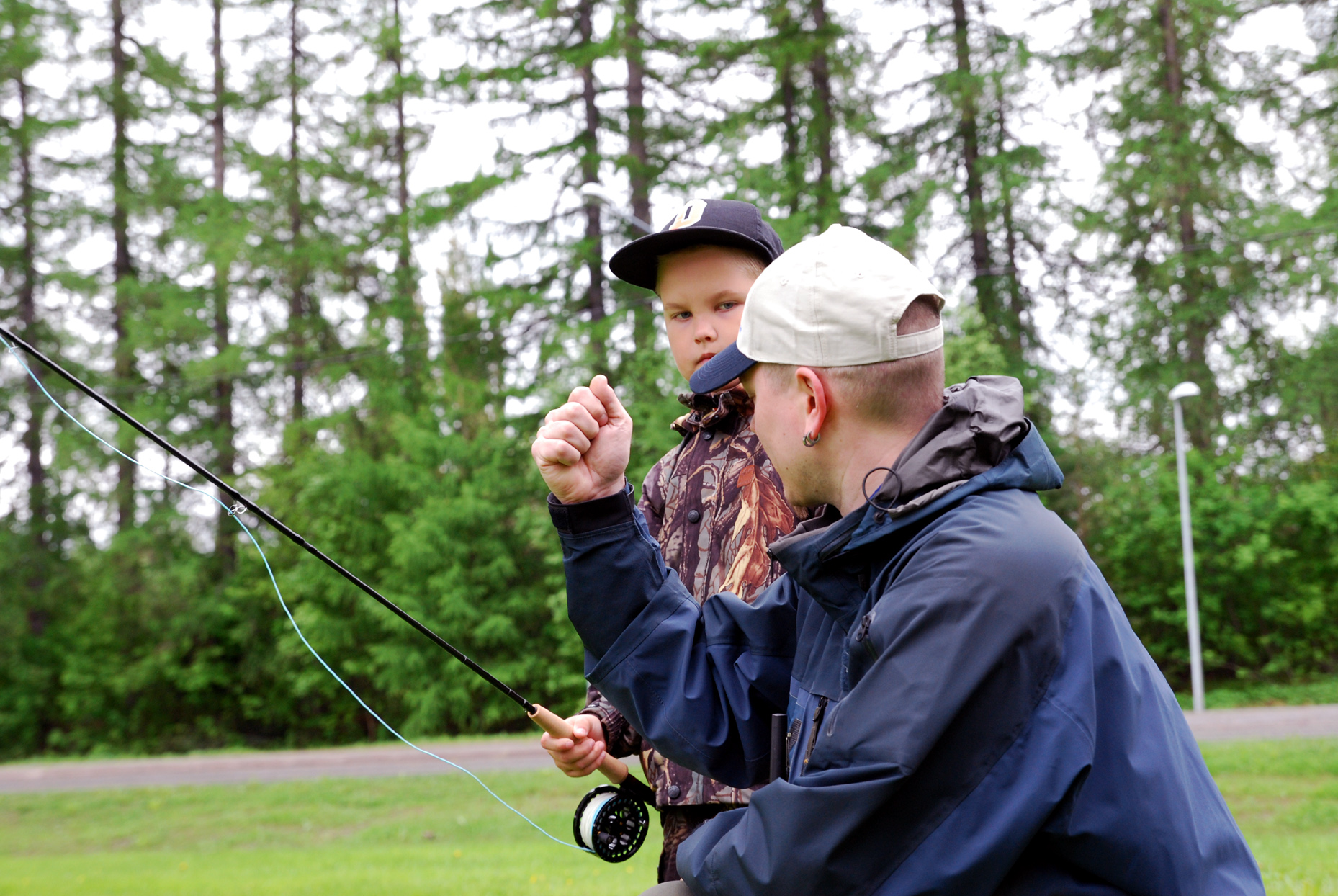 The chairman of the Kuhmo Flyfishing Club recruiting new members.

Quite often the fishermen get so turned on by the trout that they ignore the other fish. Anything else is an accident. In this event the variety of the catch (part of which was released) was fairly big.

And the actual winning picture was a cheerful pose with a hefty ide. Collecting over 90 likes online during the 3 hour live competition. 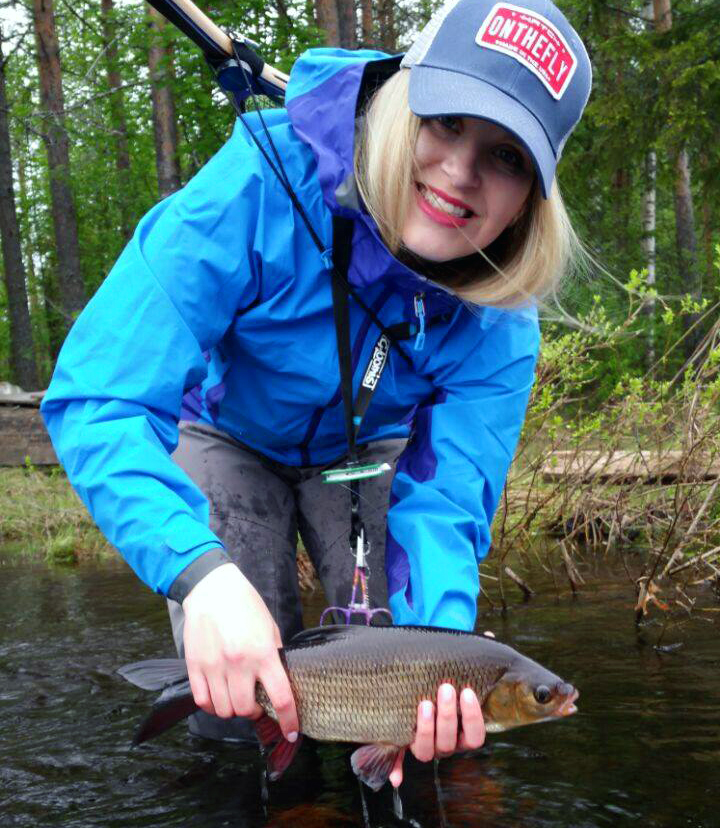 The winning post of #KalaHässäkkä 2015 by Katri  (photo Joonas Oksanen)

More stories (with plenty of nice pics) from this totally new type of ‪fishing‬ event in Kuhmo, Finland by two Finnish flyfisher-ladies on their blogs:

– Stories from the Event

Planning the event: It’s not about who kills the biggest fish – part 1