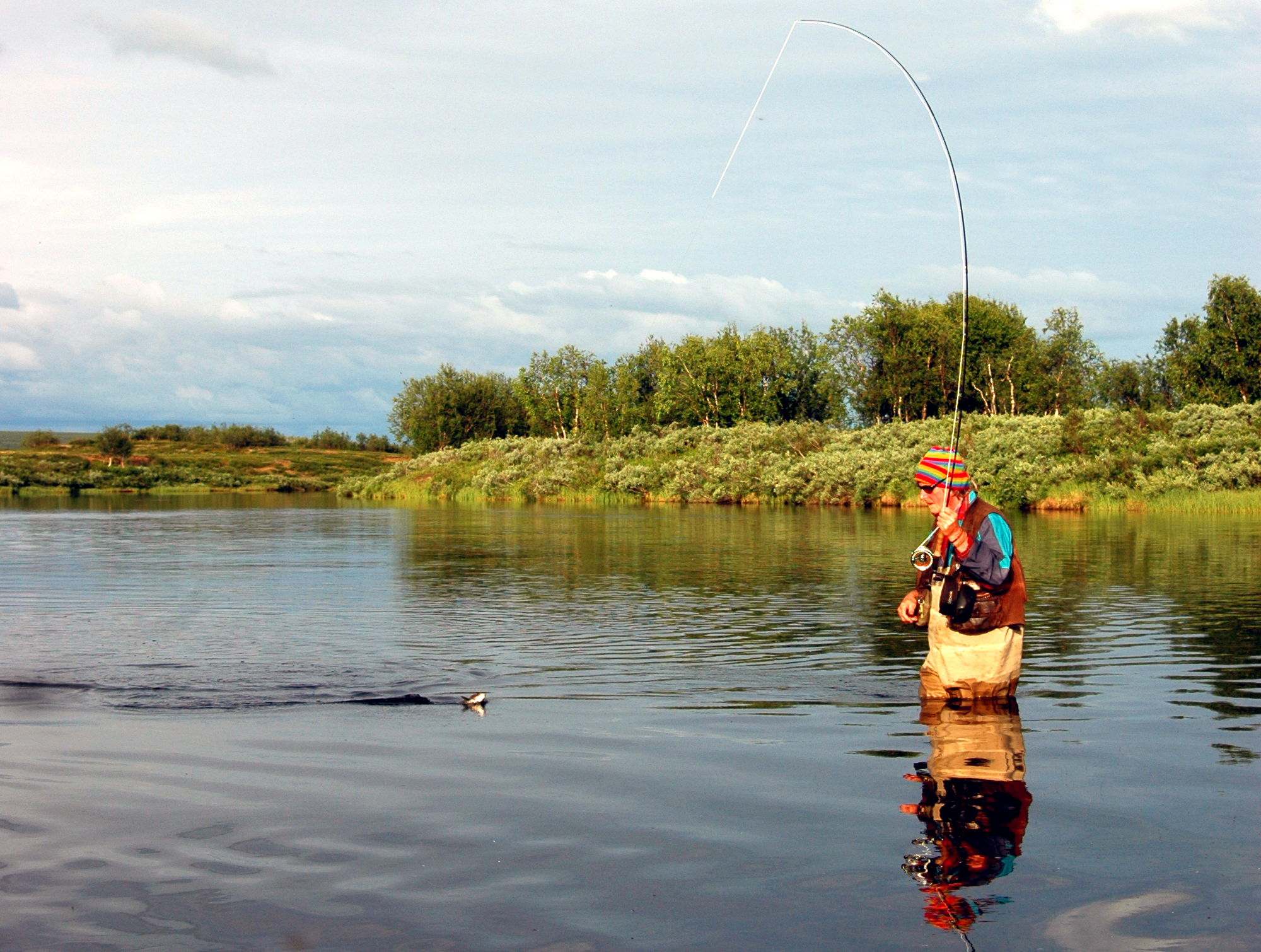 If we talk about a BIG memory, it is the king salmon of 136 cm, absolutely amazing. Though, the size of the fish isn’t necessarily the appeal. It is the adventure of it all.

Grayling is my favorite fish. I have fished grayling for almost 50 years and my dream has always been to catch a new Swedish record, which is 3.35 kg at the moment. In 1985 I got pretty close when I lost one giant of a grayling. That is still my ultimate goal.

– stories and lessons from the yesterday’s beginners 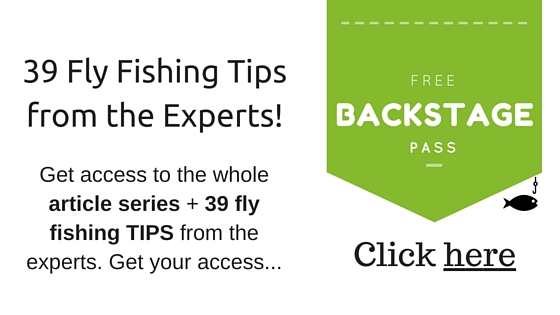 How did you learn fly fishing?

I first got introduced to fly fishing in the early 1960’s when my aunt came home with her husband and he had a fly rod with him. It was a fantastic piece of equipment – a Hardy rod and a Hardy reel.

I was a 13-year-old at that time and I had fished frequently but only with a small normal rod and a worm. I tried out his rod and reel on the front lawn and got to practice the technique all summer long while they were visiting, which means that I am self-taught in the field of fly fishing. When they left I decided to cut off the hook I usually used to put a worm on, and I tied on a fly instead. This was the last summer that I used a worm and I decided to use a fly instead. The next year I got my first fly rod. It was from ABU and was called ABU Kombino and the reel was an ABU Record. I’ve only used a fly rod ever since 1961.

My first fly fishing memory was from back home when I used to fish in the beaver creeks surrounded by beaver dams. I caught my first trout there, using American and English wet flies, such as “Silver Doctor”, “Peter Ross”, “Bloody Butcher” “Greenwells Glory”, “Butcher” and so on.

As you can see above, I am self-taught because there were no classes or proper coaches back then to teach you.

What makes fly fishing so special?

My favorite place to fish is the famous sand areas around the Norwegian mountains on the Swedish side of the border, north of Kiruna. (Sandåslandet) The Grayling is my favorite fish and that’s the reason why I love to fish here as much as I do. The waters are shimmering in gold, metaphorically speaking of course, and my favorite flies to use up there are: “Européa 12”, “Klinkhamer” and Åke Bodéns homemade “Åbo Caddy” made out of cork. 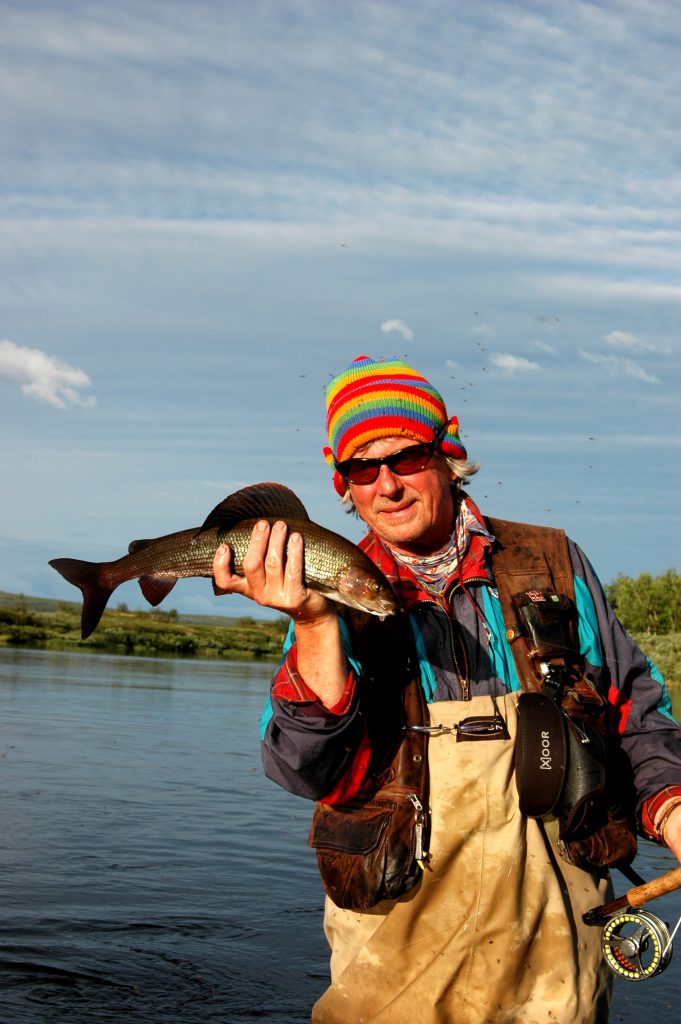 I have so many great fly fishing memories but New Zealand is the one that comes to mind first but if there is one example, if we are talking about a BIG memory, it is the king salmons in Alaska. I caught a salmon there on 136 cm, absolutely amazing. But the size of the fish isn’t necessarily the appeal but it is the adventure of it all. When it comes to “Sandåslandet” it is the silence and the beautiful tundra-like scenery that I like the most.

I have fished grayling for almost 50 years and my dream has always been to catch a new Swedish record. The record is 3.35 kg right now and the fish was taken in Rostujavri, July, 1966. Rostujarvi is a part of Sandåslandet, 100 km north of Kiruna. In 1985 I lost one of those giants in Pite river (Piteälven). That is my ultimate goal. 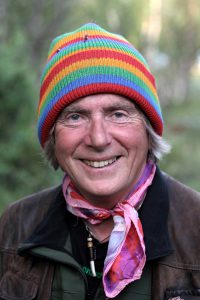 Gunnar has worked as a teacher for 21 years in Råneå in the northern part of Sweden. Later he has worked as a professional author, mostly writing about fly-fishing and ecology. He is also a photographer.

• 14 books in Swedish and Norwegian. Read more at www.westrin.se
• Over 600 open speeches (föredrag) in Scandinavia
• Over 1200 articles in Swedish fishing magazines, during the years, nowadays mostly in “Svenskt Fiske”, “Fiskejournalen” and “Allt om flugfiske”.
• Nearly 1000 chronicles (krönikör) in different newspapers in Sweden, mostly in NSD, www.nsd.se
• Member of Swedish Writers Union since 1985.
• Films. www.mountainmedia.se
• Teacher in fishingbiology and fishingecology at “Tornedalens folkhögskola” in Övertorneå. www.tornedalen.se
• You can find Gunnar at www.westrin.se and as a blogger in www.nsd.se
• You can also find Gunnar at Facebook

In this article series you get to know and learn from fly fishing enthusiasts around the world. Find out how they got started with fly fishing. And what makes them so enthusiastic about fly-fishing.

With a backstage pass you get access to the whole article series plus a whole lot of awesome tips from these pros.

Get your Backstage Pass here: