2015 is well under way. But today I got a nice reminder from last year. December issue of a Swedish magazine with my old article in it. That’s always nice when you see an article done and published. How the layout looks. Which pictures they decided to go with. It’s always a proud moment for me.

So the article as a trigger, I decided to go back a bit, and recap last year. Here are 5 random memories that popped out first.

Ok the first one is the story in Allt om Flugfiske, the Swedish flyfishing magazine. It was really nice to finally see this one. What is interesting was that I actually wrote this article in 2011! And had almost forgotten it, until end of last year got an email from the chief editor, asking if I could check the facts and figures for the article, since it will be published now.

I especially like the starting picture that they picked. The forest looks so full-on and wild. Sometimes you forget where you actually live, and take it for granted. Looking things from a distant, this place is pretty exotic =) 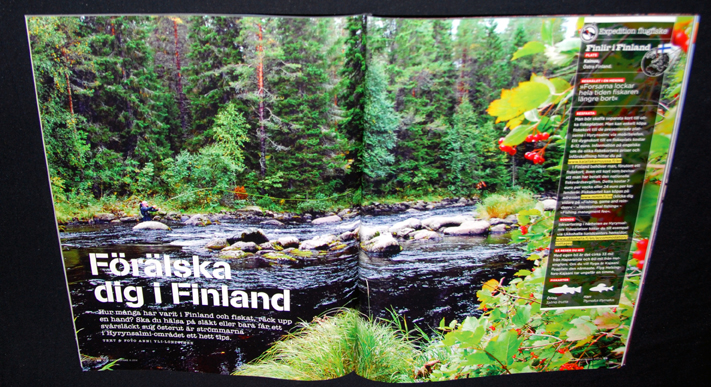 I do admire that stubbornness. It’s great that people are that devoted. But I’m not that serious about life. If I’m in the most beautiful surroundings in the wilderness, when the sun is setting and there is no sound except the river and the wind, and all is perfect. And then you just happen to get a bite when making few casts with a spinning rod. And it is a salmon! Your first ever. A huge one! For sure, I will be screaming and laughing and going crazy. And for sure, it will be one of my top fishing memories from the season. Heck, it is one of my top fishing memories ever.

3. The season’s first trip to the river

There is still ice. There is still snow. You don’t catch anything yet. No life in the river, the fish are still too cold, no insects are hatching. But it is special. It is a reminder that after every winter, there is actually summer approaching. 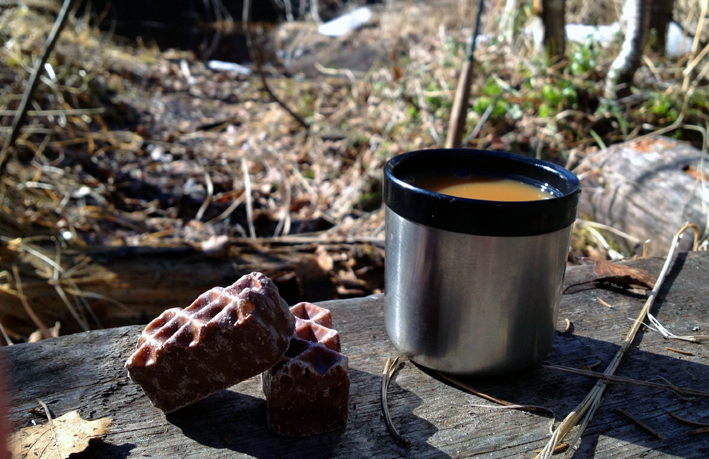 3. The first trip equals at least coffee by the river. Even if no sign of fish yet.

Does it need anything else said =) Last summer. One week in the Swedish Lapland. Fishing with a dry fly. That pretty much sums it up. 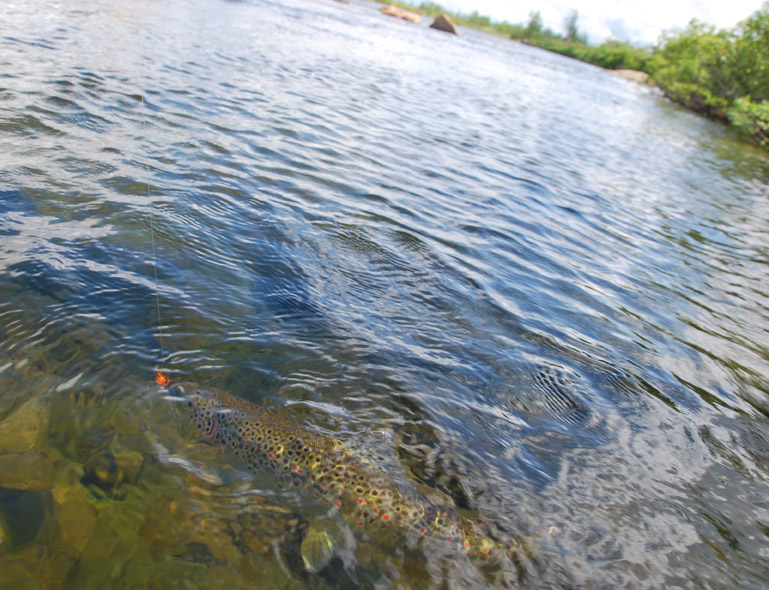 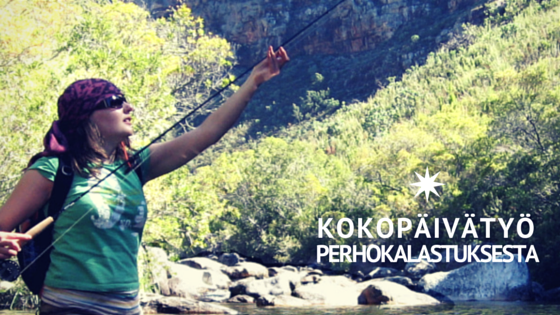 The next step is then to get the book published in English. At least one person has already asked for it. That’s a start, isn’t it =)